Nutritional Recommendations: How'd We Get So Fat? 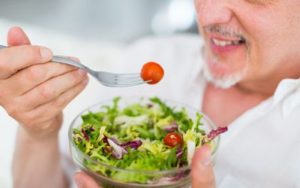 Understanding the history of public health policy provides good insight into the U.S. obesity epidemic. Over 150 years ago, President Abraham Lincoln signed legislation establishing the United States Department of Agriculture (USDA). The USDA is the organization tasked with improving the well-being of Americans through influencing public policy related to nutrition and agriculture. Over the years, the focus and recommendation of the USDA have changed based upon current public health concerns. The first nutrition guidelines published in 1894 focused on food production, sanitation and preparation. In the early 1900s, the USDA introduced guidelines intended to combat nutritional deficiencies through categorizing foods and promoting diet diversity. After President Dwight D. Eisenhower had a heart attack in 1955, the USDA sought to increase public awareness about heart disease.

The USDA’s initiative to combat heart disease has substantially influenced the American diet. After Eisenhower’s heart attack, nutritional recommendations were developed based upon erroneous research linking a diet high in saturated fat and sodium to heart disease. These recommendations were promoted in our schools, workplaces and informed our dietary choices for generations. This caused American scientists and medical providers to begin demonizing fat and, consequently, the low-fat movement began. This movement continued to shape nutritional guidelines, food manufacturing and medical recommendations during the next 60 years or more.

Demonizing fat has systematically caused our foods to become less healthy. In response to low-fat diet recommendations and public demand, food manufacturers started removing fat from our foods. The problem was that fat made food taste good and taking fat out made food taste bad. To get around this conundrum, food manufacturers added sugar to EVERYTHING including foods typically not high in sugar. Sugar occurs naturally in some foods, such as fruits and dairy, in the form of fructose and lactose. Added sugars go by many other names including corn syrup, dextrose, high-fructose corn syrup and many more. Typically, foods with sugar added have much higher sugar content than foods with naturally occurring sugar. So, a healthy food like yogurt, which is now fat-free, has a similar amount of sugar as ice cream.

There is a strong correlation between the consumption of sugar and the increase in obesity rate. According to a USDA report on sugar consumption, with each passing decade there has been a steady increase in sugar consumption. In the 180s, the average person consumed only about 4 to 6 pounds of sugar per year. Today, the average American consumes between 150 and 170 pounds of refined sugars annually. Since the 1960s when the low-fat campaign was first launched and sugar became a primary food additive, rates of obesity and overweight Americans have increased from 44.5 percent to over 70 percent in the 2000s. In fact, rates of obesity were so excessive that the medical community had to add a new category called extreme obesity.

The over-consumption of processed carbohydrates and sugars have caused the obesity epidemic – not an increasingly sedentary lifestyle. While many people point to the role of television, X-box and other contributing factors that encourage lower levels of physical activity as the cause of obesity, the facts don’t support this claim. While there are many health benefits to physical activity and exercise is an important part of wellness, the reason we push exercise is because we believe obesity is the result of excess calories. The bigger problem is that we snack on highly-processed, carbohydrate rich foods that include added sugar while we watch television or surf the Internet. This snacking results in our insulin levels constantly being high, which means our bodies are constantly converting glucose to fat.

To make matters worse, our primitive brain releases a huge hit of dopamine every time we consume processed carbohydrates and sugar. Every time we eat these delicious low-fat, high-carbohydrate and high-sugar foods, our brains release dopamine making us feel good and rewarding us for eating. Based upon the low-fat approach, if we are having a bad day we can just make ourselves feel better with low-fat snacks like candy or frozen yogurt and the resulting dopamine hit. We don’t need to worry because these foods are low-fat and we’ve been counting calories. Right? Wrong! The convergence of foods high in sugar and carbohydrates, our primitive brain rewarding us for eating through releasing dopamine, and the insulin spike is why we are addicted to sugars and carbohydrates as well as why our waistlines – and BMIs – are ballooning.