Your Brain and Food: Why We Eat 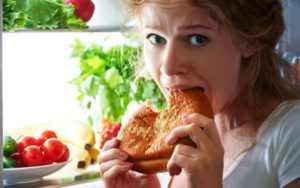 Do you struggle with weight loss? Perhaps you have tried various diets only to experience initial weight loss followed by plateaus and relapse. If this sounds familiar, you are not alone. Millions of Americans struggle with overeating or other unhealthy patterns of behavior. While we often blame ourselves for "not being disciplined enough" to stick with our diet, biology may be working against us. The truth is, evolution and biology encourages and even rewards us for eating.

While I wish there was a silver bullet or magic pill, the truth is that the solution to permanent weight loss and all the associated health benefits takes hard work. There is not one single reason you are overweight, diabetic or regularly make unhealthy life choices. In most cases, there is not a single catalyst that caused your pattern of unhealthy behaviors.  There is not one food or drink that caused your overeating or overdrinking. If you have an A1c of 12, you will never be able to pinpoint the one piece of cake or pack of crackers that put you over the edge. Whatever your drink of choice (margaritas, whiskey or wine) and no matter what food you choose to consume when stressed (chocolate cake, chips or pumpkin spice lattes), there wasn’t one specific decision and one specific moment in time that has led to a pattern of unhealthy and self-destructive behaviors.

Similarly, the catalyst to effective and permanent change is not typically simply and straightforward. To produce lasting results, we must do the hard work to address our personal thought model, which leads to feelings, actions and inevitably our results. For example, I struggled with overeating. The food I used to sooth my negative emotions was typically a 5-pound bag of M&Ms – the entire bag! As a doctor, I was educated about health and understood eating M&Ms to feel better about a frustrating day wasn’t a healthy or constructive choice. Also, I was disciplined enough to complete an undergraduate in nursing, medical school and a rigorous residency program.  Yet, I continued to eat M&Ms. Obviously, education and self-discipline wasn’t the underlying reason for my overeating.

Your brain on food

Now that I’ve spent over 1,000 words preaching, I’ll climb down off my high-horse and we can get to work. To get started, I am going to provide you with some information on our biology, evolution and diet that will allow you to dig into how your brain works.

There are around 90 billion neurons in your brain, all of which are used to produce thoughts, regulate physiological functions, access memory, and so much more. Our brain drives our thoughts which lead to feelings, actions and inevitably our results. Our thoughts and the resulting actions may be the outcome of thoughtful consideration or fear-based instinct. For simplicity, psychologists sometimes refer to these two ways of responding as the rational brain and primitive brain. The rational brain manages executive function, which includes our ability to think critically, plan, define goals and predict outcomes. In comparison, the primitive brain is the seat of emotion and is important for survival instincts, such as fight or flight and mating.

Our primitive brain is wired for the way we lived thousands of years ago when human beings faced life or death situations daily, such as outrunning predators and food scarcity. Our primitive brain helped us stay alive by warning us about danger, ensuring we recognized a potential threat, or encouraging us to eat when food was available. This system of rewards and consequences is how we learned. For example, if we didn’t eat when food was available, it could be a long time before we found food again.  If we weren’t acutely aware, we could miss a large predatory animal looking to eat us for dinner.  If we didn’t recognize a lion as dangerous, we might not initiate our fight or flight response to preserve our lives.

Even though we haven’t been chased by deadly beasts in many centuries and food is abundantly available, our brains haven’t evolved and the primitive brain still functions on this level. While our brains are amazing, they do not evolve quickly. Our genetic composition, which drives our anatomy and function, is nearly identical to what it was thousands of years ago when we lived in these primitive situations.  Consequently, this primitive brain frequently works against us.

When it comes to eating, our primitive brain often sabotages our efforts to lose weight. Thousands of years ago, food was not abundant.  Prior to developing agriculture, we had to search for fruits, vegetables, legumes and other plant-based foods.  Prior to stock farms, butchers and grocery stores, obtaining an animal large enough to feed our family group was a colossal effort.  Without doctors, textbooks or the Internet, we weren’t taught which foods were the most nutritious.  So, our brains devised a clever way to encourage us to eat nutrient-rich foods – reward hormones, like dopamine, and an energy storing hormone called insulin.

Sometimes called the “feel-good” hormone, dopamine is involved in pleasure, reward, memory and motivation. When dopamine is released it creates feelings of pleasure and reward intended to motivate you to repeat the same behavior. Dopamine is nature’s way of encouraging us to perpetuate life-sustaining activities, such as eating and mating. The same way dopamine is released when we have sex to encourage reproduction, the dopamine-induced emotional high caused by eating was nature’s way of encouraging us to remember, “Each Spring, I should go back and eat more of those little red berries located by the big tree just behind the rock.”

Thousands of years ago, dopamine was essential to motivate us to search for food. Today, however, food is not scarce. Additionally, highly-processed foods with added sugar are extremely common because of their addictive nature. While foods high in fat and protein cause moderate dopamine release, foods high in sugar (even naturally occurring sugar like in fruit) spike dopamine levels. This means that foods high in sugar cause more dopamine to be released and, consequently, more feelings of pleasure and reward. Feelings of pleasure and reward that motivate us to repeat the same behavior – eating more food.

When we eat foods high in carbohydrates and sugars, our bodies release insulin. While most people know insulin as the drug frequently prescribed to treat diabetes, it is the hormone our bodies make naturally in the pancreas to store energy. When we eat, our insulin levels rise causing our bodies to take energy, in the form of glucose, from our blood stream and store it as fat. When our insulin levels drop to zero and we are needing energy, our bodies tap into the stored energy by converting fat to glucose. Thousands of years ago, when there wasn’t food on every corner, we needed to store that energy to sustain us during long periods of food scarcity. To encourage us to eat foods high in nutrients, our brains started releasing dopamine when we would eat foods high in sugars and carbohydrates.

While this reward system was a beneficial adaptation for when food was scarce, today we have abundant access to foods high in sugar and carbohydrates.  Consequently, our brains are constantly bathed in dopamine and we have become addicted to this dopamine high. In fact, we have become so addicted to the dopamine high that we feel are constantly feeding ourselves – even when we aren’t hungry – just to maintain the dopamine hits. This is also why we may eat emotionally.  Emotional eating occurs when a person uses food to sooth the negative feelings caused by the stresses and hassles of daily life. Coping with negative emotions through eating may contribute to significant weight gain as well as common obesity-related ailments like high blood pressure, diabetes and heart disease. When we feel down or stressed, we often turn to food for the dopamine hit, which sooths our negative emotions. Additionally, you can receive dopamine hits from many different behaviors – sex, exercise, love – all of which may be pursued in healthy and unhealthy ways.

If you struggle with overeating, life coaching can help. Contact me to schedule a free mini-coaching session to learn more. 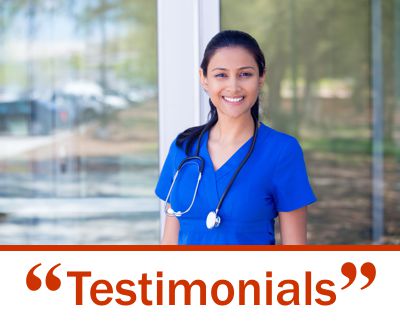